I Need Help Defending My Juvenile 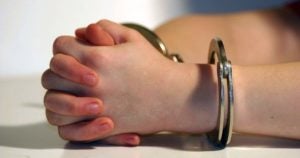 When it comes to juveniles who are accused of crimes, the courts are supposed to take more of a rehabilitative approach rather than focus on retribution. This is especially true if there is any evidence of abuse or neglect in the household. However, juveniles that are constantly repeat offenders or commit very serious offenses are often treated as adults by the prosecuting attorney. This is solely decided on a case-by-case basis. Numerous factors are weighed in making this decision. This includes, but is not limited to, the child's age, prior history, seriousness of offense that is alleged, and what is the alleged victim seeking.

In other words, an abundance of discretion is used by all parties involved when it comes to juvenile crime. At times, the arresting officer may release the child to the custody of the parents/guardian when a minor offense (usually misdemeanors) is involved. For more serious offenses, the arresting officer may send the minor to a juvenile detention facility. What happens then?

Unlike adults, if a child is arrested and placed into a juvenile detention center, the child is not entitled to bail. Rather, in Florida, a detention hearing shall be held within 24 hours after the child is taken into custody. Every effort must be made to notify the child's parent/guardian of this hearing. The child is entitled to counsel and counsel will be appointed if the child qualifies. At this hearing, the court shall determine if probable cause exists that the child committed a delinquent act. This finding may be based on a sworn complaint, affidavit, or any other testimony that is under oath. Furthermore, this hearing is non-adversarial in nature. Furthermore, the court shall determine the need for the continued detention of the child or the child's release. This is commonly referred to as secured detention at judge's discretion, secured detention at counselor's discretion, home detention, or outright release. A point system is used by the Department of Juvenile Justice to help recommend the detention requirement to the court. This calculation is made on a document called a Risk Assessment Instrument (RAI). 12 points is the threshold for the child to be held in secured detention. However, regardless of how many points the child scores, if the child struck a member of the household, the court may hold the child for up to 48 hours in secured detention to serve as a “cooling off” period.

Juveniles do not have the right to jury trials. A judge decides their guilt and sentence. If the child is found guilty by the court or enters a plea of guilty or no contest to any type of criminal charges, the judge has a variety of sentencing options. Usually, prior to sentencing the Department of Juvenile Justice would have met with the parent and/or child to prepare a Pre-Disposition Report (PDR) to present to the court a recommendation of an appropriate sentence.

Most children who come before the juvenile court judge will be placed on probation. This means the child will be assigned a Juvenile Probation Officer (JPO) and required to fulfill a number of requirements. There are many types of sanctions. The following are examples of some of things the court may order:

1. That the child attends school full time with no unexcused absences or suspensions.
2. That the child avoid contact with certain persons, including peers, who are considered to be a bad influence;

3. That the child participate in individual or family counseling;

4. That the child submit to random urinalysis to check for illegal drug or alcohol use;

5. That the child obey a curfew, the hours of which will be set by the court;

6. That the child not change his or her residence without permission of the probation officer;

8. That the child (and his family) make restitution to victims for any property damage or personal injury;

9. In the case of any drug offense, state law requires the court to suspend the child's driver's license privilege.

10. That the child obey the lawful demands of the parent or guardian.

Children found to be delinquent for committing serious violations of the law or those who fail to successfully complete probation will be considered for stricter supervision. These offenders may be sentenced to a low-risk, moderate, high, or maximum risk facility. All programs, except for low risk, are residential programs where the child is removed from the home and placed in a state run or state supervised facility. In some cases, jurisdiction of juvenile court may continue until the child's nineteenth birthday, and up to a usual maximum of the twenty-second birthday in other cases.

If you have a child or know someone that has a child that has been arrested or accused of a crime, you need an attorney with experience in handling juvenile delinquency cases. Both Michael G. Butash, Esq. and Sean Donovan, Esq. are former prosecutors that have over 25 years of combined legal experience. Each of the attorneys has handled juvenile cases from both the prosecuting and defense perspectives. Let our experience work for you. We encourage you to contact our office at 813-341-2232 for a Free Consultation.